Only a few countries can show off names like Rubens, Rembrandt, Van Gogh, Van Eyck, Bosch, Bruegel or Magritte.

To know the complete art pallet: add the baroque churches, the Grand Places of unprecedented beauty and harmony, the  modern architecture in the dynamic cities. 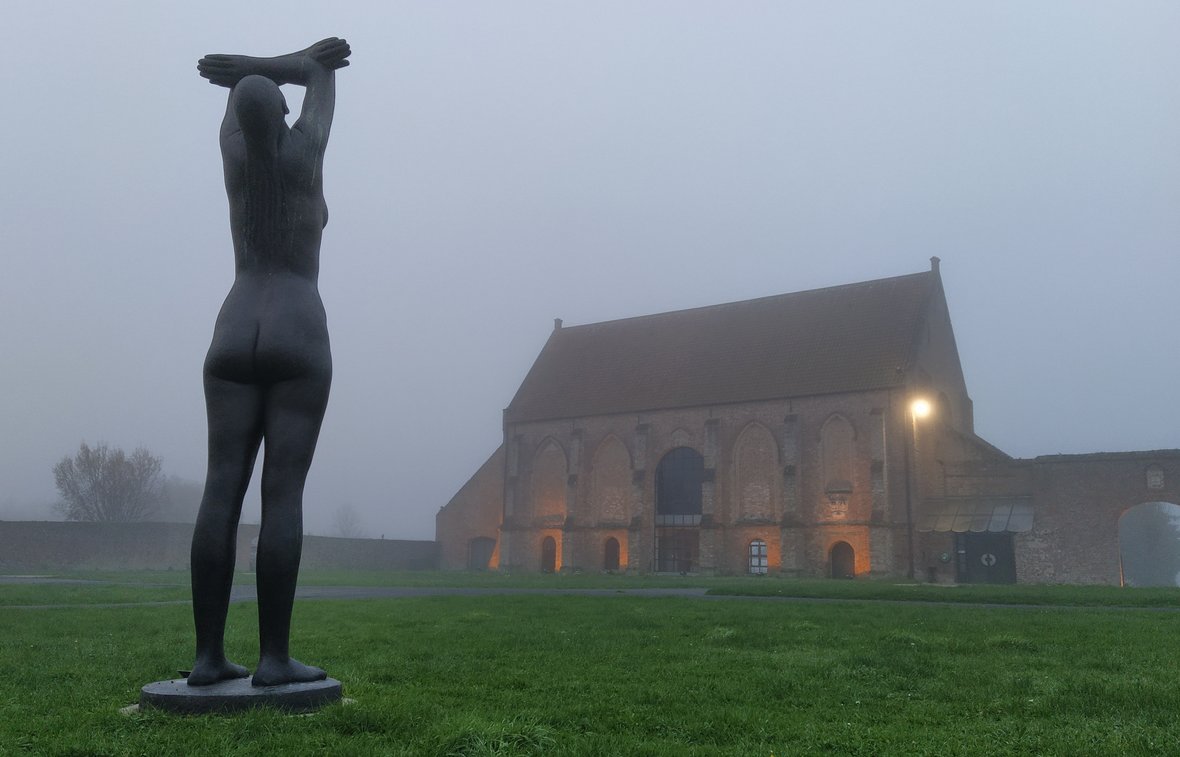 The capital of the Netherlands  with the overwhelming museums such as the Rijksmuseum and the Van Gogh Museum.

Hometown of the Art Nouveau of Horta and the surrealism of Magritte. Experience Bruegel and his legacy.

Jheronimus Bosch created his unique paintings and drawings at the market square in 's-Hertogenbosch.

Hometown of Rubens,  the master of the Flemish Baroque. An impressive collection of major art works, including a series of paintings by Rubens can be visited inside the Cathedral, the highest Gothic building in the Low Countries.

The Adoration of the Mystic Lamb, from the hands of the Van Eyck brothers is considered the first Renaissance masterpiece.

The place where Rembrandt was born.

Walk in the footsteps of Vincent van Gogh.

Its vast collection showcases iconic art and a wide variety of artefacts that reflect more than 800 years of Dutch and global history, including Rembrandt and Van Gogh.

No trip to Amsterdam could be complete without paying homage to Dutch impressionist Vincent Van Gogh.

If you want to wander for a while in the spirit of James Ensor, you should go to Ostend. The James Ensor House does not merely bear the artist's name, it is where Ensor lived and worked until his death in 1949.

Displaying a giant collection of Flemish primitives by world famous painters like Jan van Eyck and Hans Memling, this museum is Flanders’ pride.

This museum stands right in the centre of Brussels, on Place Royale.

This multidisciplinary collection is the richest in the world.

The home was built by Rubens himself as both a place to live and also as a studio for him to work in. The House of Rubens itself is a masterpiece of architecture.

Peter Paul Rubens lived in the 17th century and created some of the most beautiful altarpieces, portraits and landscapes in a specific baroque style.

The walls of the building are adorned with an impressive selection of Rubens’ artwork and paintings, including his very own self-portrait.

The museum reopened in September 2022. The museum has a rich collection of Rubens, one of the most important painters in European art history  and Ensor, known for his paintings of masks.

National treasures side by side. Vermeer's sensual Girl with the Pearl Earring hangs alongside masterpieces by Rembrandt, Rubens and Jan Steen.

In Rotterdam, you will find one of the oldest museums in the Netherlands.

It features many major Dutch and European works spanning the period from the early middle ages to the 21st century, from Van Bosch to Rembrandt, and from Van Gogh to Dalí and Dutch Design.

Royal Library of Belgium in Brussels: Explore the 15th century in our region through the images, stories and characters from the Library of the Dukes of Burgundy.

The James Ensor House in Ostend: Bring Ensor’s paintings to life, admire his interior decorations and carnival masks, look through his letters and photographs and take a peek at his authentic home and studio.

Hôtel Solvay in Brussels: Listed as a UNESCO World Heritage Monument, the Solvay House is a part of the major Town Houses of the Architect Victor Horta.

Visitors' centre at St Bavo's Cathedral in Ghent: The home of the Ghent Altarpiece is receiving a brand-new visitors’ centre where the restored panels of the altarpiece and various other authentic art treasures can be admired in all their glory.

MOU in Oudenaarde: For centuries Oudenaarde was famous for its tapestries. In the 16th century, the golden years, more than half of the population worked in the carpet industry. Especially Oudenaarde’s verdures, green carpets with beautiful landscapes, were popular.

Museum Hof van Busleyden in Mechelen: Step into this majestic and magnificent Renaissance palace in Mechelen, the capital of the Burgundian Netherlands. Follow in the footsteps of Hiëronymus van Busleyden, Margaret of Austria, Erasmus and Thomas More.

The oldest church in Leuven has an exceptionally rich history and embodies Brabantine High Gothic architecture at its finest. The impressive choir and ambulatory have been transformed into a museum.

The city palace of the lords of Gruuthuse is now an absolute highlight after a thorough restoration. The gables look magnificent. Renovated halls, a new museum concept, and special collection items are just waiting to be rediscovered.

In the North, The Zwin plain is a fascinating nature reserve with an exceptional world of plants and animals.

To the South, the beach ridge, walking dunes and parabolic dunes.

In the middle, a 65 kilometre long stretch of sandy coastline with 15 resorts, ao. Ostend and Knokke.

The province is home to the country's capital Amsterdam, typical Dutch villages such as Alkmaar, the former island Marken, the historical village Monnickendam, Edam and its world famous cheese.

The coast of Noord-Holland has no less than 100 km of sandy beaches.

Beyond the beaten tracks

Be amazed by the highlights of the lesser-known cities.

Visit the tulip fields. Get up early for the flower auction. Enjoy beautiful private gardens.