The province of North Holland

Home to the country's capital Amsterdam.

But also home to typical Dutch villages such as Alkmaar, the former island Marken, the historical village Monnickendam, Edam and its world famous cheese. 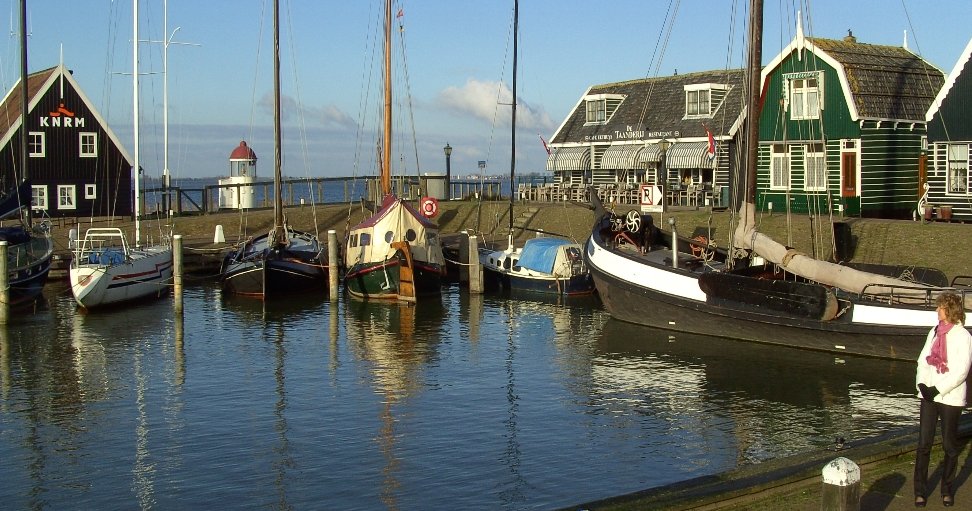 The province of North Holland

only 15 minutes from Amsterdam and Schiphol airport.

Haarlem is at the center of the Dutch flower-growing district and is a main export point for flower bulbs.

Not far from the famous Keukenhof gardens and flower fields of Lisse and Hillegom, the city is a great base for visitors to the Netherlands to see the tulips in full bloom.

One of Haarlem’s most distinctive sights is the De Adriaan windmill, Located on the banks of the river Spaarne.

The windmills of Zaanse Schans

Hundreds of windmills along the Zaan river once produced linseed oil, paint, tobacco, mustard and paper.

The dozen of windmills you can see and visit today are actually still working the traditional way.

This is how a Holland fisherman’s towns would have looked like 200 years ago.

With colourful, wooden cottages and small boats along the harbour, lace curtains in windows.

A visit to Marken is pretty special, even for Dutch people.

The fisherman’s village used to be a rather isolated island until it was linked up to the mainland in 1957.

The car-free town centre, with wooden houses and clogs standing outside, seems like a picture from a history book.

An enormous freshwater lake and perfect for water sports and fishing.

Frans Hals - born in 1583 in Antwerp (Belgium) - is one of the great masters of the Dutch Golden Age. His portraits and ‘schutterstukken’ (militia group portraits) are world famous.

Compared to his contemporaries, his style is loose and lively. His large brush strokes almost seem to bring his paintings to life.

This is Holland’s oldest museum. Back in those days, science was also considered a form of art.

Fossils, minerals, physical instruments, coins, medals and many paintings, drawings and prints by artist like Rembrandt and Michelangelo can be found at the museum.

Founded in 1778 by Pieter Teyler in the spirit of the Enlightenment, the museum was created as a centre for contemporary art and science.

revives the stories of people who once lived on the shores of the Zuiderzee.

See, hear, taste and smell everyday life around the Zuiderzee as it was before the IJsselmeer Barrier Dam changed the sea into the IJsselmeer in 1932.

The most obvious association with the name 'Edam' is 'cheese'.

For centuries the well-known round Edam cheeses have been sent from this litte town to all corners of the world.

The cheese market, once again restored to its place of honor, is enacted weekly during the summer months.

Thousands of visitors from all over the world visit Alkmaar for its cheese market, a particular spectacle which includes a market filled with cheese and hauling cheese carriers.

The cheese market is surrounded by a fun art and craft market. This is where you can find real Dutch ‘poffertjes’, herring, farm cheese, a clog maker, craft stalls and much more!

With its picturesque canal network, overwhelming museums, rich naval history and vibrant cultural scene, the capital of the Netherlands is one of the world’s most unique city destinations.

The five perls in the north of the Netherlands.

Visit the 11 cities of the most northern part of the Netherlands.
Tidal flat walking, terpen and wierden (artificial hillocks), Unesco World Heritage (Woudagemaal, Planetarium, the WaddenSea).

The Flemish art city where Frans Hals was born.